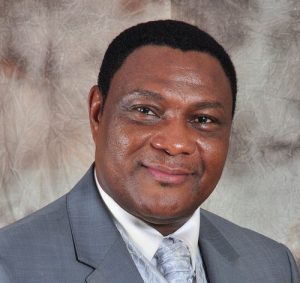 Royalhouse Chapel International was founded by the Most Rev. Sam Korankye Ankrah after his encounter with the Lord in June 19, 1991. Before his encounter and subsequent arrival in Ghana in November 1992, he had given approval to his wife, the Rt. Rev. Mrs. Rita Korankye Ankrah (affectionately called Mama Rita) to start Sunday services with members of Showers of Blessings who were then available. The meetings began at the GES Model Nursery School in Accra at North Ridge with 12 adults and 12 children attending the first Sunday service. The name under which they operated from March 1991 was Abundant Life Missions International. But in July 1993, the name of the church was changed to Bible Worship Centre to reflect the new vision and focus with which Rev. Sam Korankye Ankrah was going to operate. To give the church a global focus, the name was modified in August 1994 to International Bible Worship Centre (IBWC). However in March 1999, there was another development when the IBWC Governing Council had its annual meeting. An umbrella name which would embrace the multifaceted aspect of the ministry was deemed appropriate. Upon much deliberation and prayer, Royalhouse Chapel International (RCI) was approved and from March 1999 to date, it has been the operational name of the ministry.

Although Rev. Sam Korankye Ankrah returned from Holland in November 1992, he assumed full leadership of the church in January 1993. That year, the number of worshippers increased significantly from 30 to 150 adults. Thus, in 1994, it became necessary to relocate the church to the Agricultural Development Bank (ADB) canteen which had a larger facility. The strategic location of the canteen on the Ring Road also helped the growth of the church. When the influx of members made it impossible for the ADB canteen to be used for Sunday services, the church was moved to the Blackmoore and Sons warehouse on the same Ring Road. The warehouse was transformed into a beautiful worship center and from October 1994 to November, 2000 that place was to be the IBWC auditorium where many healings, miracles, and deliverances would occur. During this 5 year period, the church grew from a membership of 250 to nearly 5,000 worshippers. To effectively accommodate the large number of worshippers, three fully packed services were held every Sunday at 7:00am, 9:00am and 11:00am respectively. The sermon was translated into the Twi and Ewe local languages in the first two services respectively. The third service was held in English only. Those who could not be seated inside the main hall participated in the services via closed-circuit TV outside where canopies had been mounted.

A historic move was made on November 4, 2000. Thousands of worshippers attended an ‘All Night’ prayer vigil at the Blackmoore and Sons premises. Around 4am, they were led in a ‘prayer march’ to Ahenfie, the newly acquired church property located near the Obetsebi Lamptey Circle on the Ring Road Central-a distance of about three (3) kilometres from the Blackmoore and Sons premises. Symbolically, it was a significant move, a crossing over from ‘Egypt’ to the ‘Promised Land’. This is because three (3) years before this time (i.e. in 1997), Archbishop Nicholas Duncan-Williams had prophesied that God was going to bless Royalhouse Chapel with a property of her own. Interestingly enough, the revelation had indicated that the new property was going to be located specifically on the Ring Road. At the time this prophecy was given, the church leadership was, unknown to the Archbishop, almost completing negotiations for the purchase of a property at a totally different location. This prophecy restrained the leadership from pursuing that property. Ahenfie is thus considered by all members of Royalhouse Chapel as a land of prophecy and promise.

Contrary to the general perception of the public, Ahenfie is not synonymous with the umbrella name, Royalhouse Chapel which encompasses the church’s headquarters (Ahenfie) with its 35 different Ministries (Groups) as well as all the other distinct organs incorporated under the umbrella name. These organs include Royalhouse Chapel’s 230 Local Assemblies (branches), its 19 International Missions and their various departments, the media ministries, the church administration, the Christian Leadership College, as well as the Department of Social Services etc. The Department of Social Services alone has a wide range of ministries including the Basic Trust Scholarship Project, Feed the Hungry, Rural Missions and Evangelism, Rescue to the Needy, Pre-Marital and Marriage Counselling Departments, the Children, Teens, Men’s, Women’s and Aged Ministries; as well as the Anglo/Francophone Ministry etc.

Theologically, the Ahenfie (which means Palace) was derived from Revelation 1:5b-6. The Scripture says of Jesus Christ ‘Unto him that loved us, and washed us from our sins in his own blood, And hath made us kings and priests unto God and his Father; to him [be] glory and dominion for ever and ever. Amen.’ The expression ‘kings and priests’ is a reference to all believers. In other words, all believers are royals. Since royals reside in a palace or a royal house, Ahenfie was adopted as the name of the worship place of the Royalhouse Chapel headquarters church. Since Ahenfie is also synonymous with the ‘residence’ or ‘dwelling place’ of Kings, worshippers in Royalhouse Chapel believe that the reason why the presence of God is so strong at Ahenfie is because it is God’s headquarters. In view of the fact that God is the King of Kings, Ahenfie is seen as His dwelling place and the place where His power and presence must constantly be experienced by worshippers.

Royalhouse Chapel What we Believe

We believe in the power of God and its ability to bring total transformation to your life. We demonstrate the practicality of the relevant messages of hope we preach through our various outreach programmes in our community and donations to the less fortunate in Africa. Our awesome praise, worship, culture of prayer, love, care, sharing and fellowship completes the definition of who we are and what we do.